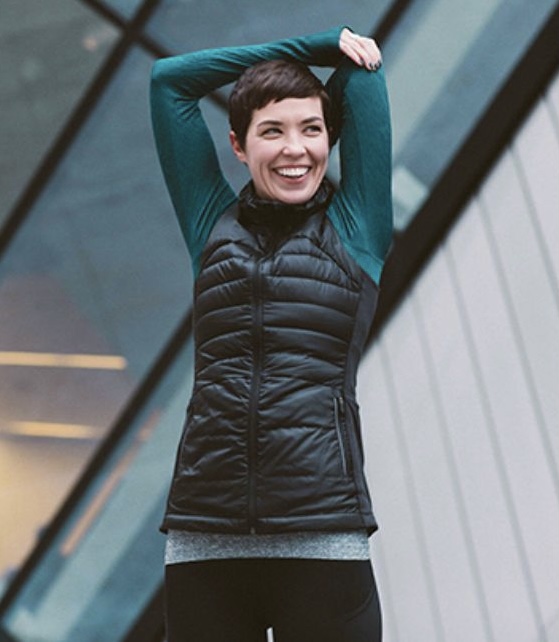 I started running at the age of 15 for fun, exercise and stress relief. When I graduated from optometry school, I joined Parkdale Roadrunners, a local run crew in Toronto. By running with the group, my Toronto connections and community blossomed. I was inspired by others in the group to sign up for my first endurance race, the 30km "Around the Bay" race in Hamilton. That race led to several more amazing events.

I have since completed six full marathons, including Boston and Chicago, in addition to several half marathons. I had an incredible run experience with the Aire Libre group in Mexico where we ran the Sierra North mountains of Oaxaca. I also completed the speed project and "Hood to Coast" in 2016, and the Speed Project DIY in 2021 (3rd place for OG teams across the globe).

Before moving to Vancouver, I led the Lululemon run club in Toronto, and was a pacer for Seawheeze 2018. As my running has progressed, I have become passionate about strength training, injury prevention, and trail running in the beautiful B.C. forests. I look forward to furthering my connection to the Vancouver running community and helping other individuals to reach their goals.

Outside of running you can find me working as an optometrist on the North Shore of Vancouver, Snowboarding on the local mountains, or out walking my dogs on the seawall.